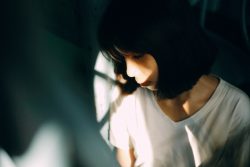 An addiction to video games causes people to neglect important things in life, such as personal hygiene, work, and socializing.

Video game use can be a source of fun, entertainment, and even learning when certain games are played. Kids, teens, and adults alike all enjoy the use of video games, and it is not unlikely for someone to list playing them among their favorite hobbies. But can video games, just like gambling, shopping, and other behaviors that are fine in moderation, become an addiction over time if the individual plays too much?

The NIDA Teen states, “Addiction is more complicated than just wanting to feel good” or wanting to do something all the time. Addiction takes over a person’s life so that they are unable to think about anything else. Someone who is addicted to video games is unable to stop or cut down their playing and experiences problems in their life as a result. It may be important for you to ask yourself or someone else: do I or does someone I know have a problem with video game addiction?

The NIDA Teen goes on to state that many of the rewards people feel from playing video games are similar to those felt by substance users or other individuals engaging in behaviors that cause bursts of pleasure. In a video game, there is a feeling of happiness or accomplishment when you finally beat a level or solve a puzzle. “These periodic bursts of pleasure are the work of dopamine… Dopamine is the chemical in your brain that causes you to feel happy, and it is what gets you hooked on lots of things in life.”

While the dopamine that releases in your brain during a video game breakthrough causes similar feelings to doing drugs, shopping, or eating junk food, this alone does not cause the possibility of video game addiction. Most people use video games in a completely healthy way, even if they may seem obsessed with them. There is a difference between being obsessed and being addicted: someone who’s obsessed with video games may want to play all the time but knows when they can’t while a person who’s addicted won’t be able to control their behavior.

It can be difficult sometimes to tell the difference between someone who enjoys playing video games more than anything else and someone who is addicted to them and needs help. While the medical community has not yet stated that video game addiction is a brain disease the way drug addiction is, there are some strong signs that point to a true addiction as opposed to just an obsessive behavior.

These signs show someone whose enjoyment of video games has become more than a fun pastime and is now an addiction. When someone begins to feel that their use of video games is more important than anything else and the other aspects of their life begin to suffer, this is one of the strongest signs of an actual addiction to video games. And, if the person is unable to stop or cut back on their playing, that means that they are experiencing addictive and compulsive behavior and that they may need help.

A study from the NCBI states, “The prevalence of true addiction, rather than excessive use, is very low” when it comes to video games. They do not normally cause addiction at as high a rate or as quickly as drug abuse can or even at the rate some other behaviors do like gambling. While it is true that “there should… be long term studies of the course of video game addiction,” if you are concerned that you might be addicted to video games, the best thing to do is to start by examining your behavior and your feelings toward the activity.

Ask yourself the questions below and decide whether or not you may be addicted to video games. If you answer yes to these questions, it is likely that you are addicted as opposed to it being a healthy or even enjoyable activity.

If the behaviors and feelings above describe you, then you may be addicted to video games. It is hard for someone else to tell a person if their behavior is destructive, but when it begins to cause problems in every other aspect of their life, it is clear that there is a problem.

If you feel that you can or should stop playing video games altogether (or that you should merely cut back), give it a try on your own. If you discover later that you cannot do so and that your problems only become worse, consider seeking treatment for video game addiction.