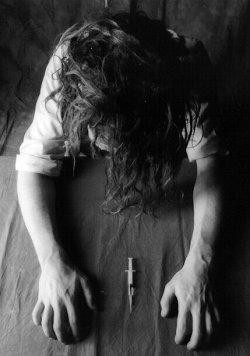 An addiction to heroin is a very dangerous condition that often requires professional treatment to overcome.

Heroin is one of the most dangerous and addictive substances available and its abuse can lead to many harmful outcomes, including respiratory depression and death in high doses. While heroin is understood to be extremely addictive (even being labeled a Schedule I drug by the DEA), heroin users still take the drug to get high. Eventually, their tolerances become so high that they are only taking the drug to stave off withdrawal and other issues. This is heroin addiction.

According to CESAR, “Heroin was synthesized from morphine in 1874 by the pharmaceutical company Bayer and was touted as a safer, non-addictive form of morphine.” We now understand heroin to be very addictive, and it is not used as a medicinal treatment in any way currently.

Heroin is usually injected intravenously which is highly dangerous as well as addictive, but the other methods of heroin abuse (sniffing, snorting, and smoking) are all just as addictive. Many heroin users feel an extreme high the first time they take the drug, and they describe every time afterward as an attempt to feel that same high again. This is part of why they are unable to stop abusing the drug.

According to the NIDA, the most accurate estimate is that “about 23 percent of individuals who use heroin become dependent on it,” and dependence goes along with addiction in illicit drug abuse. It can be very frightening to suspect that a loved one or someone you know may be addicted to heroin because of the dangers the drug presents. Look for the signs of heroin addiction in order to determine whether or not there truly is a problem.

The common signs of heroin addiction are:

When someone is addicted to heroin, they will not be able to think straight about their abuse of the drug. Heroin abuse over time changes the way the brain works. According to the NIH, “Findings from brain imaging studies in humans, along with basic cellular and behavioral research in animals, have identified profound disruptions in the specific brain circuits and cells that underlie addiction.” Heroin addicts experience these disruptions, and this will cause them to care more about getting their next fix than anything else.

For someone who has been abusing heroin for several weeks or months, there is a possibility that addiction has already hit. If you are concerned about your heroin abuse and whether or not it has become an addiction, ask yourself these questions.

According to the NIDA Teen, “Once a person becomes addicted to heroin, seeking and using the drug becomes their main goal in life.” If you already feel this way, you should seek treatment immediately, as the results of chronic heroin abuse are extremely harmful. There is always a danger of your heroin abuse causing the major health problems listed above, and even experienced users overdose on heroin because they may not realize how much they are taking until it is too late.