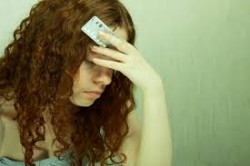 An addiction to benzodiazepines is a danger to your health and well-being. Treatment can help you overcome!

Benzodiazepine addiction is not commonly thought of as a particularly widespread issue, but according to the NIDA, they are one of the most commonly abused drug types under the category of CNS depressants. Benzodiazepines are often used to treat anxiety, seizures, stress and panic attacks, and even addiction to other substances. However, benzodiazepines have an addictive potential of their own when abused.

There are treatment options for those who become addicted to benzodiazepines as well as signs and symptoms to look for if you believe your loved one might be abusing these drugs. Consider the following review of benzodiazepine addiction, and ask yourself whether or not you or someone you love might benefit from treatment for this condition.

Benzodiazepines are CNS depressants and are also called sedative-hypnotics. They slow down activity in the body like other depressants in order to make an individual calmer and more relaxed. Benzodiazepines specifically slow down the workings of the brain and, when abused in larger doses, can create a euphoric high.

Some commonly prescribed and commonly abused benzodiazepines are:

Benzodiazepines can be prescribed for many different disorders and medical conditions which is partly why they are so heavily abused. According to CESAR, “Abuse of benzodiazepines was not specifically addressed until the 1980s, when they became among the most prescribed medications in America.” When a person abuses benzodiazepine drugs for a few weeks or even months, they have a high chance of becoming addicted, and many issues can arise as a result.

If you are concerned that a friend or family member of yours may be abusing benzodiazepines, there are certain steps between abuse and addiction. When people become addicted to drugs, they are unable to stop abusing them no matter what. Even if they try to stop, they won’t likely be very successful without proper treatment. If you notice this in someone you care about, it is very likely that they are already addicted.

Some other signs of benzodiazepine addiction are:

Vomiting, diarrhea, nausea, and a loss of appetite are all additional side effects that are commonly exhibited by those who abuse benzodiazepines. These can lead to malnutrition and extreme weight loss as well.

When someone is abusing benzodiazepines, they will be tired, lethargic, and relaxed whenever they are on the drug. They may seem like they are drunk because they are slurring their words and their motor skills will be impaired. According to SAMHSA, “Unfortunately most individuals who ingest benzodiazepines also may be using alcohol, other sedative-hypnotics, or other drugs of abuse, which in combination with benzodiazepines could be fatal if not managed appropriately.”

Look for the signs in someone you know who might be abusing benzodiazepines. Even if someone who is taking them with a prescription begins to take higher doses or more doses daily than their doctor recommends, this is prescription drug abuse and can lead to addiction.

If you answered yes to most of these questions, you are already addicted to benzodiazepines. Attending treatment will be beneficial and likely necessary for your recovery.