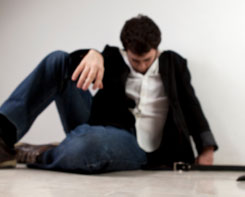 Loss of consciousness, shallow breathing and dizziness are all potential overdose signs.

OxyContin is a powerful semi-synthetic opioid intended for the slow release of oxycodone “indicated for the management of pain severe enough to require daily, around-the-clock, long-term opioid treatment and for which alternative treatment options are inadequate”, according to the manufacturer, Purdue Pharma L.P..

Since its launch in 1996, Oxycontin has been a notoriously famous drug for its powerful opioid effects mimicking heroin and OxyContin overdose symptoms, likewise, can be dangerously fatal.

What you Need to Know about OxyContin Overdose Dangers

OxyContin is only available in the United States in extended release tablets to be taken orally with limited use reservations because of the high risk of addiction, abuse, overdose, and death. While there are no generic versions available for OxyContin, many other brands of extended release oxycodone do exist and advertised generic versions of the drug have been available over the internet. These are dangerous drugs with unknown chemical variants increasing the risk of unintentional poisoning deaths.

Consuming too much Oxycontin or too frequently can result in overdose in even those who are legitimately prescribed the medication. OxyContin should never be used by an opiate naïve person, on an as needed basis, or by anyone for whom it was not prescribed, or in combination with other drugs or alcohol, because by some estimates, it may be more potent than comparable opioid drug formulations.

Abusers of OxyContin, however, are allured to the euphoric and extreme calming opioid effects that they can get from the drug. Rapid delivery methods of ingestion are used to increase the euphoria of OxyContin by chewing the pills, crushing and snorting them, or intravenously injecting them (although they produce a gel-like substance if immersed in water which make it more difficult to pass through the eye of a needle), or inhaling the vapors as the pills are melted on aluminum foil.

According to the CDC “Of the 22,767 deaths relating to prescription drug overdose in 2013, 16,235 (71.3%) involved opioid painkillers.” Opioid painkillers are central nervous system depressants that slow down a person’s breathing.

Respiratory depression is an OxyContin overdose symptom that should not be ignored because as a powerful drug, breathing may become extremely difficult or cease entirely. It is a major cause of opioid overdose-related deaths and even in a non-fatal overdose, respiratory depression can decrease oxygen flows through the blood resulting in hypoxia or brain damage and the damage to other vital organs causing them to malfunction.

Although the constriction of pupils can be caused by other conditions and occurs with nearly all opioid use, in emergency medicine, pinpoint pupils are one of the first things the emergency technician looks for as a sign of opioid overdose. According to the World Health Organization, Opioid overdose is identified by a combination of three signs and symptoms referred to as the “opioid overdose triad”.”

The triad is marked by symptoms of:

Extreme drowsiness and nodding off are common symptoms of OxyContin abuse as well as overdose, but, and an unresponsive and unconscious person is in dire trouble. When Oxycontin is consumed via rapid delivery methods, this may be the first sign overdose as the person faints or falls down. As the drug continues to affect them during their unconscious state, respiration and cardiovascular symptoms get worse and they are at high risk from low oxygen levels that can lead to impending organ failures or death.

Loud snoring or choking sounds are OxyContin overdose symptoms that are often referred to as the “death rattle”, appropriately named because the person is near their death. The noises are distinct signs of labored breathing and sounds that come from the throat. The person may have aspirated on their spittle or vomit while in the unconscious state, or their breathing has simply decreased to levels insufficient for survival. Emergency resuscitation is immediately necessary to prevent impending death.

Taking too much Oxycontin will nearly always lead to some extent of nausea and while not life threatening on its own it can lead to uncontrollable vomiting and the possibility of dehydration, choking, or other gastrointestinal and physical health problems.

Bluish-colored fingernails or lips or pale and clammy skin are OxyContin overdose symptoms that result from decreased oxygen levels in the blood as a result of slowed respiration, cardiovascular problems. Circulatory problems decreases oxygen levels and are common in IV OxyContin abusers who have damaged their veins through IV abuse.According to the World Health Organization, “As oxygen saturation (normally greater than 97 per cent) falls below 86 percent, the brain struggles to function.” Impending organ failure and death is likely to occur if not treated immediately.

Seizures can be a result of too much OxyContin, too little oxygen, or infection that reaches the brain through intravenous drug abuse. This is a serious Oxycontin overdose symptoms that requires professional medical help whatever the cause. Keeping the person from harming themselves until that help arrives is critical.

Slow heart rate and blood pressure is a sign of central nervous system depression that can become extremely dangerous in many ways including stopping completely. These Oxycontin overdose symptoms can lead to heart attack, stroke, arrhythmias, and circulatory malfunctions that affect every other organ in the body.

Mental confusion, delirium, intoxicated behaviors, and slurred or incoherent speech are not common with therapeutic doses of OxyContin and are symptoms of overdose. For those who abuse the drug for its “high’ these symptoms may not seem to be so important, but, they can be signs of underlying conditions that require medical attention and physical health impairments that can be serious.

Excessive sweating or hypothermia indicate problems regulating core bodily temperature and can affect bodily functions and metabolism. Complications may include respiratory or cardiovascular problems, strokes, or other severe organ damages and requires emergency treatment whenever an OxyContin overdose is suspected.