Too Many Benzodiazepines Being Prescribed to Seniors? 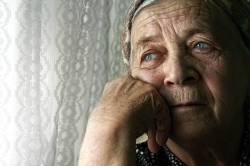 Overprescribing of prescription benzodiazepines is leading to higher rates of senior substance abuse and dependence.

Benzodiazepines are extremely helpful prescription drugs that can treat issues which range from anxiety to alcohol withdrawal to insomnia. But they have been mentioned, time and time again, to also cause dependence, withdrawal symptoms, and other psychological and physical issues. When abused, they can also lead to addiction, and some individuals who start out not abusing them wind up doing so over time.

These are all important issues to be discussed by the patient and their doctor if they decide to start a treatment regimen with benzodiazepines. However, it has been stated that senior individuals should avoid taking benzodiazepines if at all possible, a medical rule of thumb that has not been followed, according to a recent study.

The High Number of Benzodiazepine Prescriptions for Seniors

It was discovered that many more prescriptions were being written for older individuals in the United States than for younger ones. According to the NIMH, “The study found that among all adults 18 to 80 years old, about 1 in 20 received a benzodiazepine prescription in 2008, the period covered by the study. But this fraction rose substantially with age, from 2.6 percent among those 18 to 35, to 8.7 percent in those 65 to 80, the oldest group studied.”

The study raises questions about these high numbers of benzodiazepine prescriptions being written for older individuals. When there are usually other options besides benzodiazepines for issues like insomnia, it seems odd that so many of these drugs would be prescribed for reasons like these to older adults who could experience a number of issues as a result.

Addiction in the Senior Community

According to another study from the NCBI, “Substance abuse, particularly of alcohol and prescription drugs, among adults 60 and older is one of the fastest growing health problems facing the country.” This is one of the reasons why prescribing benzodiazepines, a highly habit and dependency-forming drug, to someone in this population is not considered wise in many cases.

Addiction is not something that only occurs in younger communities; in fact, it is growing steadily in senior groups because of the high number of prescription drugs being prescribed and the likelihood of both seniors and their families to ignore a substance abuse problem instead of seeking addiction treatment. The study also states that long-term prescriptions of benzodiazepines are given more often to older individuals than younger ones, which increases the potential for addiction, dependency, and tolerance.

Dangers of Benzodiazepines for Seniors

Other dangers seniors who take benzodiazepines may face are:

According to the study, “Most prescriptions for benzodiazepines are written by non-psychiatrists,” which is an issue because there may have been another treatment type for the issues the patient was enduring which would have been safer, like therapy.

The director of the NIMH states, “‘This analysis suggests that prescriptions for benzodiazepines in older Americans exceed what research suggests is appropriate and safe.'” The issue of addiction is always possible with benzodiazepines, and seniors with long-term prescriptions are extremely likely to become dependent on these drugs which can lead to other issues.

For those seeking addiction treatment for themselves or a loved one, our Using.com helpline is a private, convenient solution.

Calls to any general helpline (non-facility specific 1-8XX numbers) for your visit will be answered by an admissions representative of Treatment Management Company, a paid sponsor of Using.com, to help determine whether their treatment programs are an option for you.

Calls to any specific treatment center listed within our directory are answered directly by those facilities.

Our helpline is offered at no cost to you and carries no obligation to enter into treatment. No commission or other fee is ever paid to Using.com that is dependent upon whether you enter treatment, or which treatment provider you ultimately choose.