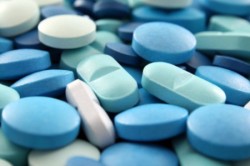 Prescription medication overdose can be deadly when left untreated.

Prescription drugs, when abused, can be just as dangerous as illicit drugs. Many individuals abuse these medications thinking that they are safe because they’re legal and then taking more than they meant to. Others can become extremely addicted to drugs of this type and put themselves more and more at risk every day.

According to the NIDA Teen, “More than half of the drug overdose deaths in the United States each year are caused by prescription drug abuse.” It is important to know and to be able to recognize the signs of prescription drug overdose in order to protect someone you love from the dangerous and sometimes deadly effects of this issue, whether they are taking a prescription medication by doctor’s orders or not.

There are several types of prescription drugs that can cause deadly or extremely harmful overdoses. These you should be aware of and know how to recognize when someone is undergoing this type of overdose.

These three types of medications are the most likely to cause deadly overdose in individuals who abuse them as well as the most likely to be abused. Anyone who is prescribed medications of these types should understand the risk of addiction involved and be very careful not to abuse the drug in any way. This still occurs, however, and knowing the signs of each particular type of prescription drug overdose is extremely import.

Opioid overdose is extremely dangerous. According to the NIDA Teen, “Taking just one large dose could cause serious breathing problems that lead to death.” Those who abuse the drug with alcohol, which is common among many prescription opioid abusers, are putting themselves even more at risk of an issue like this occurring. Knowing the signs of prescription opioid overdose can allow you to help someone who has taken too much of one of these drugs and is in danger.

The signs of prescription opioid overdose are:

One of the most important signs to look for is narrowing of the pupils. Doctors often look at this first to see if the individual is in fact overdosing on opioids and not another drug. When a person is intoxicated from opioid use, their pupils will become small, but during an overdose, pupils will shrink to an extremely small size, making them look like the head of a pin. This is why they are called pinpoint pupils and also why they are one of the most direct signs of prescription opioid overdose.

Many individuals abuse prescription stimulants because they believe it is safer to do so than to abuse cocaine. It is not. Prescription stimulant abuse may cause weight loss and an intense ability to focus coupled with the decreased need for rest, but it is also incredibly easy to overdose on these drugs which can often be deadly. The NIDA Teen states that stimulant overdose “can lead to seizures, heart failure, and death.”

The signs of prescription stimulant overdose are:

According to the NIDA, “Repeated abuse of some stimulants… can lead to feelings of hostility or paranoia, even psychosis.” An individual who experiences issues like hallucinations, paranoia, and delirium may not be currently overdosing on prescription stimulants, but it is still important that they be taken to a hospital or treatment facility where they can be cared for. These side effects are extremely dangerous and should not be taken lightly as, whether the individual is overdosing on stimulants or not, they are not capable of protecting themselves and may hurt themselves or someone else as a result of these issues.

The overdose syndrome caused by prescription depressants can be quite similar to that of opioids, but the drugs still have their differences. According to the NIDA Teen, “The risk for overdose and death are increased when depressants are combined with alcohol or other drugs.” Similarly to opioids, this is also common practice among those who abuse depressants.

The signs of prescription depressant overdose are:

An individual who overdoses on depressants is more likely to experience respiratory depression than seizures, but both issues are highly possible. The individual must be brought to the hospital immediately in order for them to receive treatment. It can be difficult to tell the difference between depressant intoxication and depressant overdose, but the latter will be much more intense. The person will hardly be able to speak or think in most cases, and if they fall asleep, it will be nearly impossible to wake them up.

If You Recognize These Signs…

Call 911 immediately. Do not leave the individual’s side, and make sure to stay with them until help arrives. Be honest with the doctors, nurses, and other professionals at the hospital in order to make sure that the individual receives the right treatment.