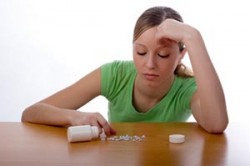 Percocet is a highly addictive opiate medication and Percocet abuse is very dangerous.

Over the past decade, opiate abuse rates have seen a surge in the number of people falling prey to the cycle of addiction. Both prescription pain medications and heroin lead the pack as two of the most addictive substances in existence.

Percocet, a medication commonly used in pain treatment, likewise carries a high potential for abuse, especially when used in injection form. Like any other opiate, Percocet addictions can quickly upend a person’s life and leave him or her helplessly dependent on the effects of the drug.

Signs and symptoms of Percocet addiction don’t appear all at once, but rather creep up in a person’s life over time. After months, or even weeks of frequent use, addicts start to experience a decline in physical health and overall mental well-being.

The longer a person keeps abusing Percocet the higher the likelihood he or she will require professional drug treatment in order to stop using. Percocet addiction treatment entails a series of interventions that work to break the drug’s hold over the body and equip addicts with the tools needed to live a drug-free lifestyle.

Commonly used to treat conditions involving mild to moderate pain symptoms, Percocet’s opiate agent interacts directly with the body’s central nervous system. Some of the conditions treated with Percocet include –

When taken as prescribed, the risk of addiction remains low though there’s still a considerable risk of abusing the drug. Percocet’s mechanism of action interferes with brain and body communications and thereby blocks incoming pain signals.

These interactions have a deteriorating effect on the brain cells involved. Percocet’s pain-relieving effects result from the large amounts of endorphin chemicals secreted by certain key regions of brain cells.

Over time, overworked cells lose their sensitivity to Percocet, at which point pain symptoms will start to resurface. Herein lies the potential for abuse, as someone taking Percocet as prescribed is tempted to up the dosage amount when pain symptoms flare up.

Percocet’s harmful effect on brain cell function increases exponentially when using this drug for recreational purposes. While intended as a pain treatment, Percocet produces certain aftereffects, such as feelings of exhilaration and calm, which feed into the drug’s abuse and addiction potential.

In effect, abusing Percocet disrupts the brain’s chemical equilibrium at a fast rate. The constant influx of endorphin chemicals not only wears out brain cells structures, but also disrupts other brain chemical processes.

These combined effects create a cycle of chemical imbalance that ultimately alters the brain’s overall structure and reconfigures how the brain works. These effects will continue to worsen for as long as a person keeps abusing the drug. Before long, signs and symptoms of Percocet addiction start to appear.

Signs and symptoms of Percocet addiction stem from the cycle of physical dependency and withdrawal that develops with continued use. According to the Semel Institute, brain cell deterioration inevitably weakens overall brain function, which gradually compromises the brain’s ability to regulate bodily processes as normal. Bodily processes most affected include –

After a certain point, no amount of Percocet can restore normal or near-normal chemical levels in the brain. When this happens, a person starts to experience withdrawal symptoms. Withdrawal symptoms directly coincide with the areas of the body most affected by Percocet’s disruptive effects.

Withdrawal symptoms may take the form of –

Like most every opiate-based drug, Percocet depresses or slows down bodily functions. Withdrawal symptoms result from the brain’s attempts to even out Percocet’s slowing effects. Once a certain degree of chemical imbalance takes hold, these attempts fail, causing problems to develop throughout the body’s central nervous system.

While the physical effects of Percocet can cause widespread dysfunction in the body, Percocet addiction stems from the drug’s effects on a person’s mind. With chronic use, the brain chemical processes that regulate mental and emotional balance soon start to breakdown.

One of the endorphin chemicals most affected by Percocet is dopamine. Dopamine plays a crucial role in regulating the brain’s reward center. This region coordinates learning processes as well as patterns of thought and emotion.

With each dose of Percocet, abnormally large amounts of dopamine flow through the brain’s reward center. This process has a reinforcing effect in terms of “teaching” this region to associate positive experiences with Percocet’s effects.

Over time, these surges of dopamine essentially rewire how the brain’s reward center works. Once addiction sets in, a person’s thinking, emotions and behaviors all center around the effects of the drug. When this happens, signs of Percocet addiction start to develop.

Signs of addiction may include –

Signs of Percocet addiction have more to do with a person’s thoughts, emotions and behaviors than anything else. Addiction’s overall effect creates a psychological dependency where a person actually believes he or she needs the drug to cope with everyday life.